360° Virtual Tour of the St.James’s Piccadilly

St James’s Piccadilly is one of London’s most prominent churches, located in the heart of the West End. Designed by Sir Christopher Wren over 300 years ago, it is a building of architectural and historic importance, with a long established connection to the worlds of music and the arts. As part of their on-going strategy for repositioning SJP as a heritage and cultural site, they asked ATS to create a virtual tour that is both interesting and surprising, that will increase online engagement, and tell the church’s stories in a fresh way that will appeal to a wide, diverse audience.

The global pandemic meant a sudden loss in revenue and footfall for this usually bustling church, but it also provided SJP with the opportunity to look again at how they engaged with people, and to find a means to attract a new congregation and audiences even if there were future site closures. With funding from the Cultural Recovery Fund they appointed ATS to explore four  key challenges:

We chose hotspots within the church and outside in the gardens that would provide the basis for the digital experience. For many people the virtual tour would be the first time they had encountered SJP, so it was important that we made it as lively and inclusive as possible. After thorough research we decided to offer two alternative tours, each including interviews, music, images, and archival material.  One tour celebrates SJP and creativity, providing a thorough exploration of the architecture and artefacts, and the creative people who have been associated with the church. The other celebrates connections, showing SJP as spiritual, outward looking, and as a place that has always attracted imaginative, expansive thinkers. The 360° virtual tour allows visitors to either follow the suggested route or pick and choose hotspots as they explore.

The resulting virtual tour gives the viewer a vivid sense of SJP and the role it has played in the past, but also its relevance today as it looks forward to the future. 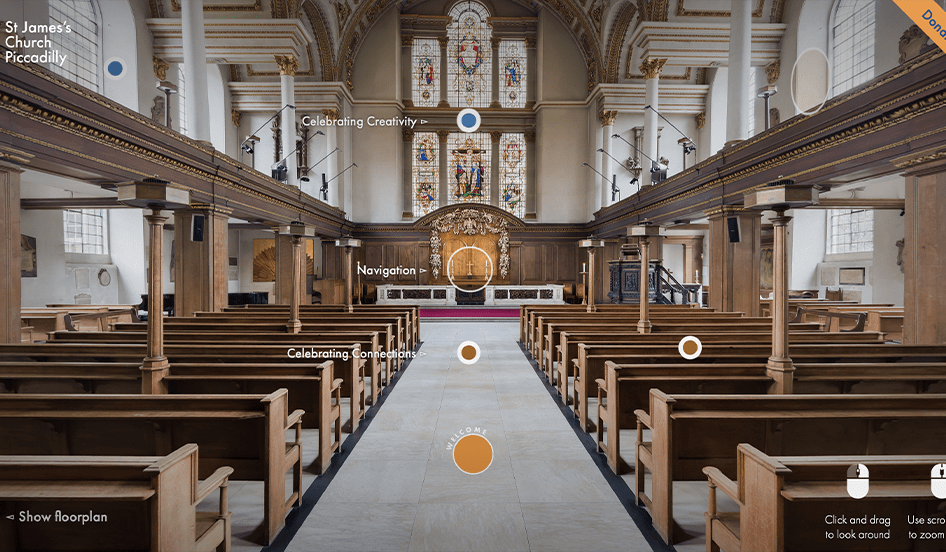 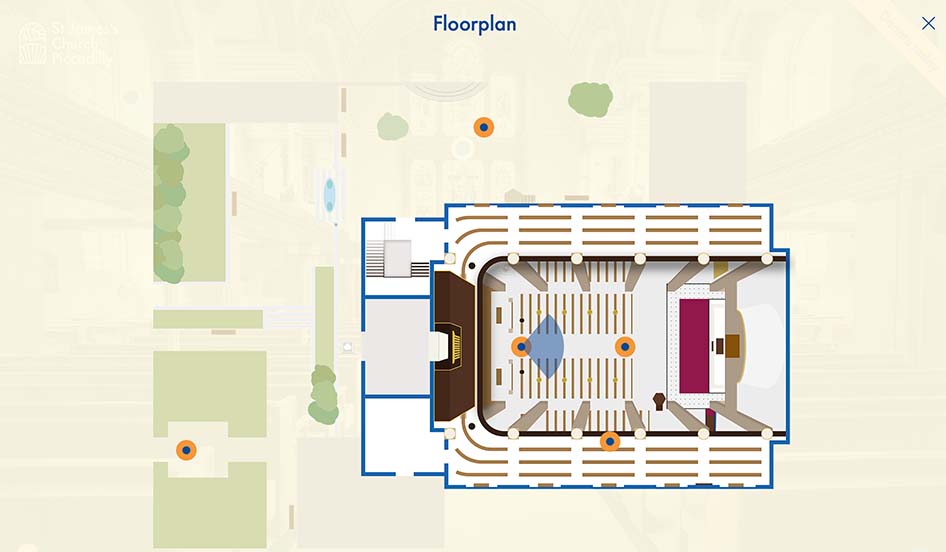 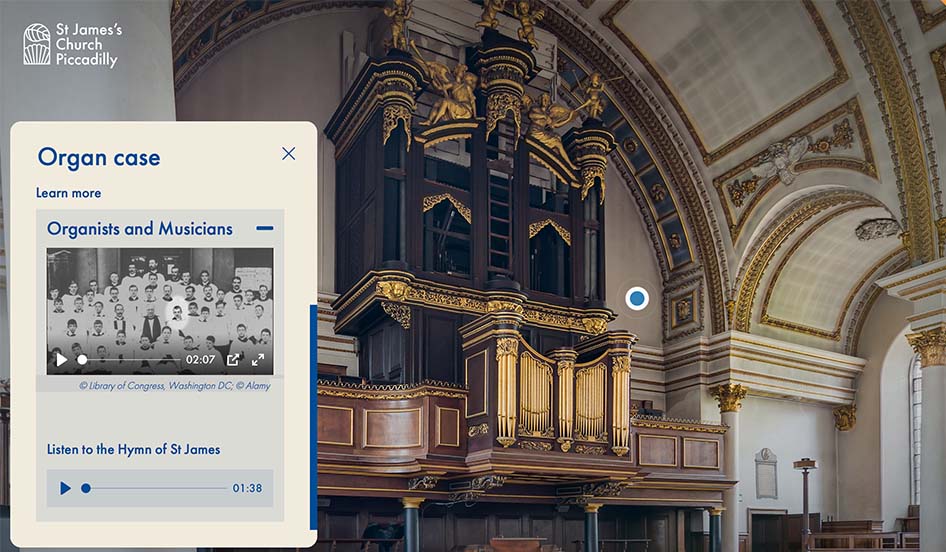 What we did for 360° Virtual Tour of the St.James’s Piccadilly 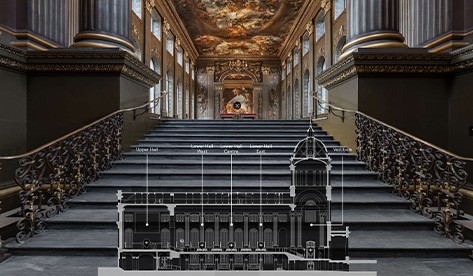 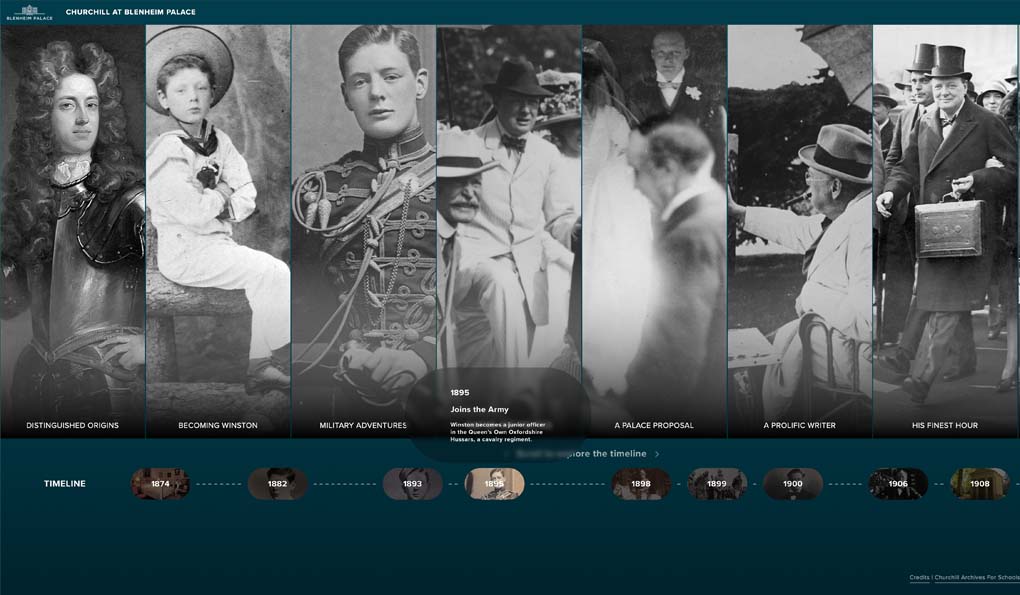 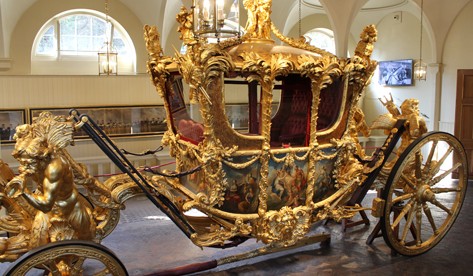