The story of the Tolpuddle Martyrs, the 19th century farm labourers transported to Australia for swearing a secret oath, will now be told using 21st century technology.

Trade unionists have launched an audio visual trail in Tolpuddle village, thanks to a HLF grant.

The six Dorset farm workers are celebrated as forefathers of the modern trade union movement.

The tour, using an app for smart phones and tablets, lasts around an hour and allows visitors to experience the Martyrs’ story, including re-enactments of historical scenes, as they stroll through the village.

At various points the tour stops to allow scenes from the story – recreated by members of Equity’s Dorset branch – to be shown via the app.

“The Martyrs joined a union after consecutive pay cuts – a situation that will resonate with many people today.

“The Martyrs’ tale is one of courage, resistance and, ultimately, success as they won their freedom after a nationwide campaign. Importantly, they also enshrined in law the right to join a trade union.”

The tour starts with Maxine Peake, star of Silk and The Village, declaring: “Looking around at the quiet idyllic village and peaceful countryside, it is hard to imagine that this was once a place of suffering and unrest.

“And that events which took place here in 1834 still intrigue and inspire people today.”

Visitors will be able to stand before the Martyrs’ Tree and view a re-enactment of the farm workers discussing how to resist further pay cuts, and instead of seeing just a plaque marking where the secret oath was taken, people will be able to see a short film of the ceremony.

Visitors can download the tour from the museum or from iTunes and Google Play stores and relive the remarkable tale of defiance that changed workers’ rights forever. 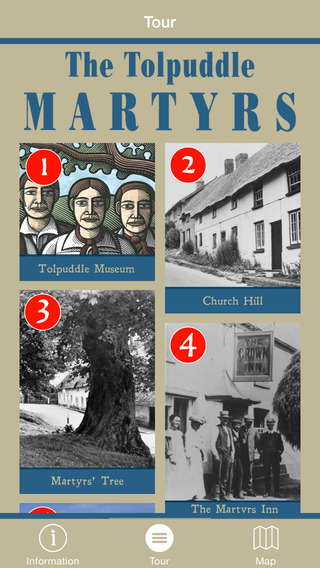 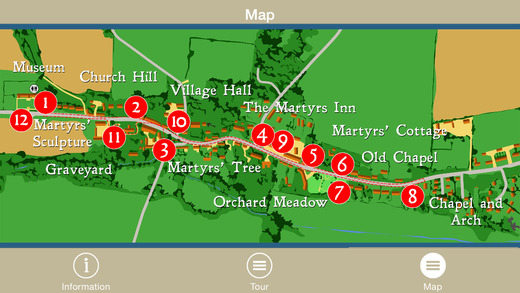